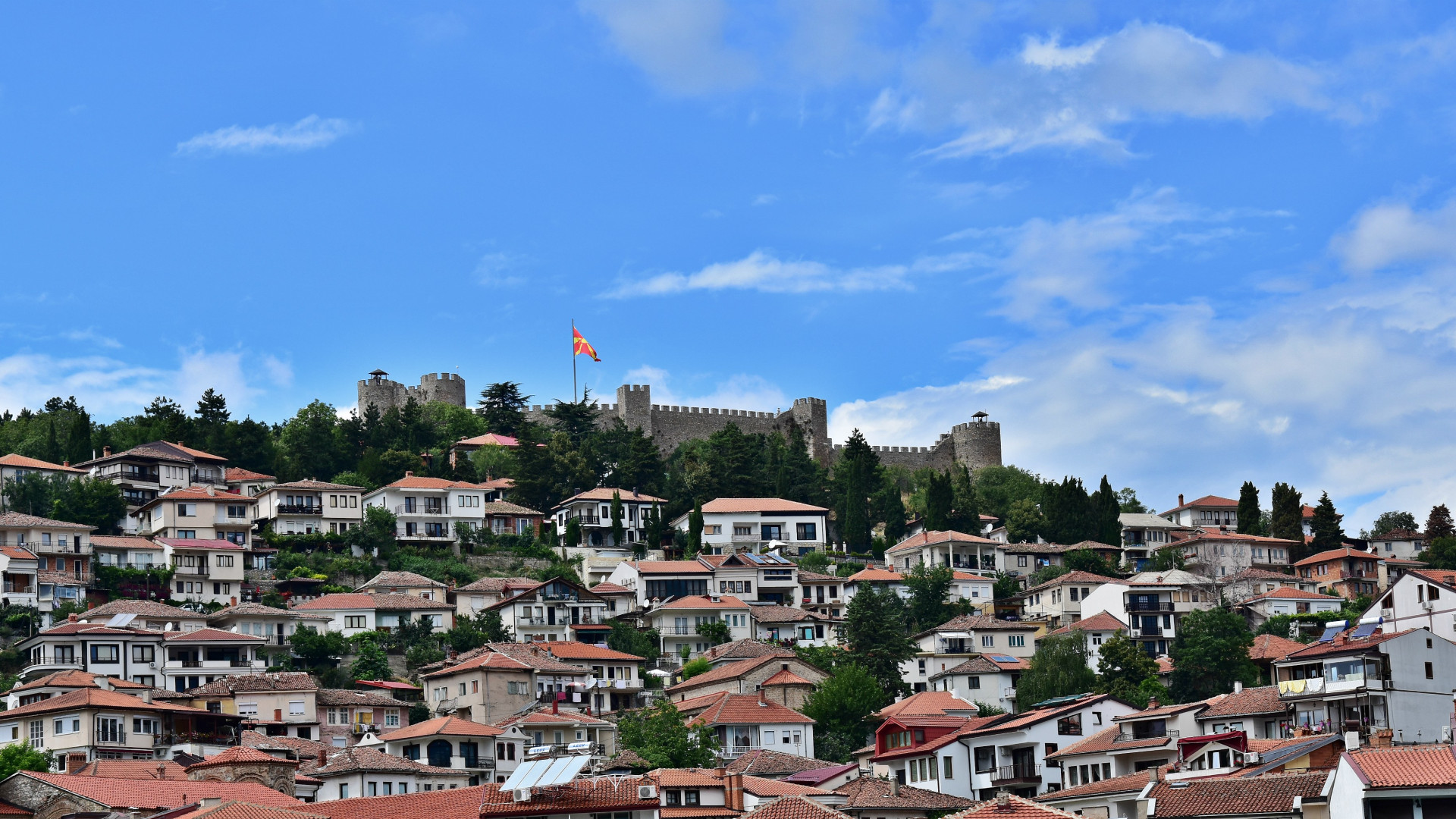 Ohrid fortress is the symbol of the town, the walls and the towers of the fortress occupy the entire Ohrid hill which rises to 100 meters above the lake level. From all sides, except the southern, that is facing the lake, the city is being protected by high walls and defensive towers in the length of about three kilometers, spreading all up to the Ohrid port. The height of the walls varies from 3 to 16 meters. The fortress first was built by the Macedonian king Philip II, in the 4 th century b.c. Through the ages, the fortress has been destroyed many times, rebuilt and upgraded. But, most of the walls and the preserved towers date from the time of Tzar Samoil, who ruled from 976 until 1014 and made Ohrid the center of his empire. Because of that, today the fortress is called Tzar Samoil fortress.  The first part of the Samoil fortress is the Citadel, the Citadel is divided with a wall in two parts, the first part was for the emperor and in the second part of the Citadel, the soldiers were accommodated. The second part of the Samoil fortress is a protective wall around the suburban area, where courtiers lived with their families. The town has three main gates: The Upper gate, The Front Gate and the Lower gate. Nowadays only the Upper gate is fully preserved.