„The St. Sophia church is located in the old part of Ohrid and is one of the most important churches in Macedonia. ”

The church is dedicated to Holy Wisdom, built in the 9th century, on the foundations of an early Christian basilica from the 5th century.

The church served as a cathedral church during Tzar Samoil’s ruling, and it was the central church of the Tzar Samoil patriarchy at that time. The church as it is today was renovated and adorned with frescoes in the time of the archbishop Leo, between 1037 and 1056. At that time, the Saint Sophia church became the cathedral church or the “Great church” again. From the 11th century onward, the seat of the Ohrid Archbishopric for several centuries was in the church of “Saint Sophia”. Its ecclesiastical authority covered a vast territory, from the Danube to the Albanian coast and the Bay of Thessaloniki. Unfortunately in the 15th century, the church was converted into a mosque, all the frescos were white-washed, then the center of the archbishop was moved to the church “Mother of God – Peribleptos” close to the upper gate in Ohrid. The Ottomans caused great damage to this unique gallery of frescoes. In 1912, after the Balkan wars, “St. Sophia” was transformed back into an Orthodox church. After the Second World War, a big conservation project was conducted, the frescoes were cleaned and conserved, and from then on, the world may again admire the biggest gallery of frescoes in the whole Byzantine world from the 11th century. The portraits of the six Roman popes are painted inside the church, which reflects the relations between the Eastern and the Western church before the schism in 1054. The bare-foot Christ as well as the cycle of the Forty Martyrs of Sebaste, are some of the rarities that make the gallery of “St. Sophia” unique gallery of paintings. Its magnificent architecture is one of the most beautiful buildings in the Byzantine architecture in general. At the beginning of the 14th century, external additions were built on the church by the archbishop Gregory I, and that exact part of the church today is known as Gregory’s Gallery, and it is one of the most beautiful parts of the church.

Because “St. Sophia” church is one of the most important churches in the Republic of Macedonia, on the coat of arms of the Macedonian Orthodox Church, we have this church (“St. Sophia”) as a symbol.

Moreover, on the 1000 denars bill, on the one side is presented part of the church “Saint Sophia” (Gregory’s Gallery). This church is also important because of its beautiful acoustics. On the 4th of August 1961, inside the church, the Macedonian opera singer Ana Lipsha Tofovic, and her companion on piano Ladislav Perldic marked the birth of one of the most important festivals in Macedonia and the Balkans – the Ohrid Summer Festival. Today, Ohrid Summer Festival is hosting one of the most famous world artists. Every year the festival offers a rich program to the visitors from the middle of July until the middle of August, and the most popular stage for performing is “Saint Sophia”. 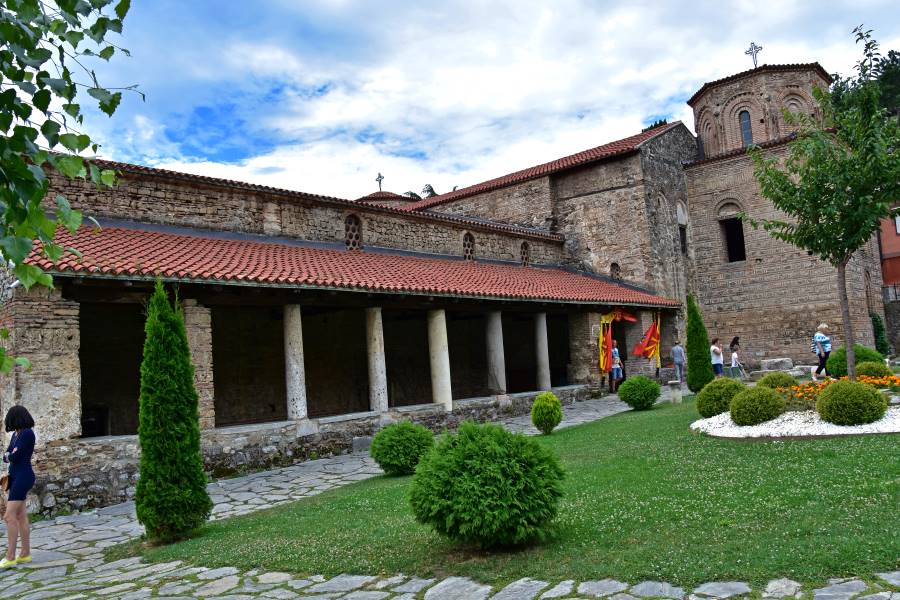 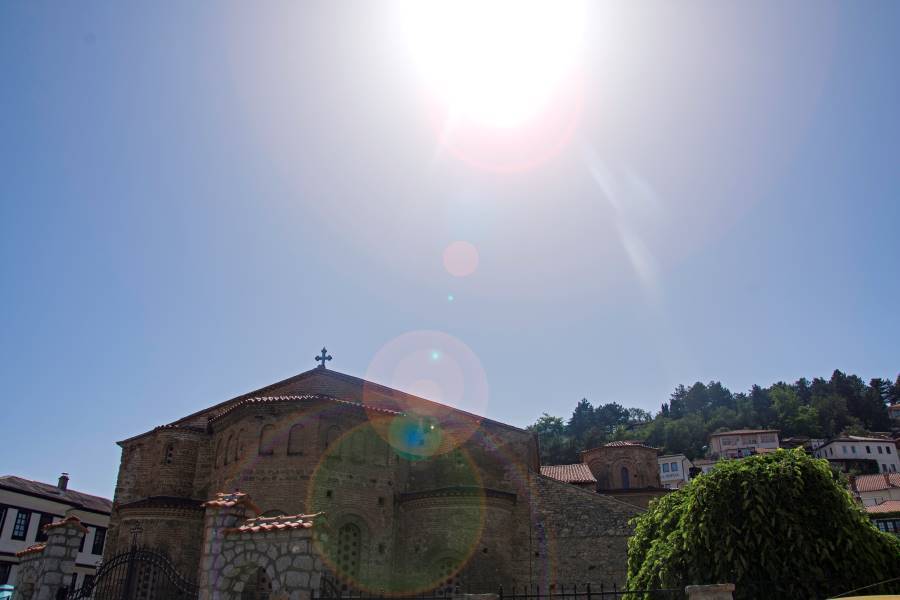